As someone who has been involved competing in sport, working in sport and watching sport all my life I have become increasingly concerned about the negative reports about its association with drug use. 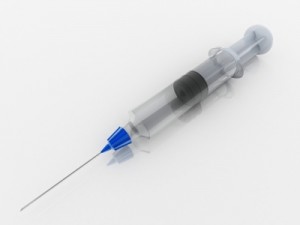 Image courtesy of sscreations at FreeDigitalPhotos.net

Team Sky has had a particularly bad couple of weeks with speculation over the contents of a ‘mystery package’ that was sent to Bradley Wiggins in 2011 added to by revelations that ex-Team Sky rider, Josh Edmondson, had been using a pain killer, Tramadol, and injecting vitamins in 2013 and 2014. Although vitamins are not a banned substance it is contrary to the policy brought in by the cyclist’s union, UCI, in 2011 that banned cyclists from the use of needles.

Added to this is the revelation that US anti-doping agency (USADA) are investigating whether any rules were broken when Mo Farah was injected with a legal protein supplement, L-carnitine, by Dr. Robin Chakraverty. These two incidences are interesting because neither is illegal as the substances are not banned but they are considered as dubious or underhand practices that contravene the spirit of sport. In particular, it is the use of needles seems to cross the line between acceptable and unacceptable practices for professional sports people.

However, top level sport in the UK seems to have a relatively minor doping problem. According to UK anti-doping (UKAD) there are currently 52 athletes or coaches banned due to the use of illegal substances and only 12% of these are involved in professional sport. Most banned athletes are involved in amateur sports (62%) or semi-professional sports (21%). A BBC poll (BBC, 2017) showed that 35% of amateur sports people know someone who has used drugs and 8% said they had personally taken steroids.

The use of drugs is a major problem because as well as being cheating they can have devastating side effects, such as heart conditions and liver failure, that are ignored in favour of their benefits. Also, as they become more prevalent people will start to adopt the dangerous attitude that ‘they are only doing what everyone else is doing’.

Which substances are being used and why are they being taken?

The BBC poll showed three motives for drug use with 41% saying they took drugs to improve performance, 40% for pain relief and 34% to improve how they look. This fits in well with the three categories of substance most commonly used. Anabolic steroids, such as nandrolone and stanozolol, mimic the hormone testosterone and promote muscle development that can enhance performance or improve the perception of an individual’s body image. Semi-professional and amateur rugby union and league have a particular issue with anabolic steroids as success is increasingly allied to strength and bulk. These sports have accounted for 46% of the sanctions issued by UKAD (BBC, 2017).

Stimulants, such as amphetamines and ephedrine, are taken to reduce fatigue and allow an athlete to compete at maximum intensity for longer thus enhancing performance. They also create a ‘fat burning effect’ which can be desirable for those wanting to improve their appearance. Narcotic analgesics, such as morphine and pethidine, act as painkillers and can mask the effect of injuries and allow athletes to train harder and longer. Tramadol has a similar effect but is an opioid rather than a narcotic.

The motives for drug use are clear but there are two main factors that are contributing to its growth.

Firstly, the ‘win at all costs’ mentality or what Team Sky described as a ‘medallist’ culture. This can lead to athlete welfare being compromised at the expense of ensuring they are successful. The song ‘We are the champions’ which was played during the ceremony as Manchester United were recently presented with the EFL Cup has the line ‘No time for losers ‘cause we are the champions’ exemplifying attitudes to success and failure. Possibly a dubious message to send to our children.

Secondly, the obsession with body image and pressure to conform to stereotypes of male and female beauty. This is often media driven through images in fitness magazines and increasingly training seems to be about attaining an attractive physique rather than gaining health benefits. Indeed, the practices of training for health and training for body image are often at odds with each other as steroids are used to build muscle and stimulants to promote fat burning. The psychological condition ‘bigorexia’ where muscular people see themselves as having physical flaws or not being muscular enough has become as much of a concern as anorexia where people see themselves as being overweight irrespective of their actual appearance.

Is sharing negative experiences of drug users a solution?

Nicola Sapstead, the head of UKAD, has described drug use in UK sport as ‘fast becoming a crisis’ but it is possible that a potential solution is already available. On the BBC 5live phone on 20th March there was a steady stream of people who had used drugs describing the damaging long-term consequences of drug use’ with one male gym user who had to have to surgery to remove excess breast tissue that had developed due to the increase in oestrogen levels caused by steroids.

Creating effective education programmes and showing people that despite what they may experience many athletes, such as Jess Ennis-Hill, experience success without taking supplements or resorting to dangerous practices.

Waddington, I. and Smith, A. (2009). An Introduction to Drugs in Sport: Addicted to winning? Abingdon, Routledge.

Cheating in sport and the issues surrounding drug use are covered in our new module E117 that will be available from October 2017. For more information visit the Study with us section of this website.

1 thought on “Sport is in a state – why has drug use become such a major issue?”