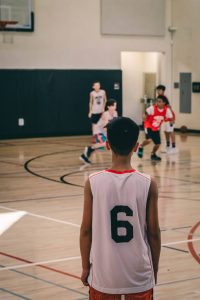 Research acknowledges the benefits of physical education and sport (PES) for all generations through participation in a wide range of activities. Although it is admirable that those from any generation turn to physical activity to improve their quality of life, there is greater value to the societies of tomorrow that we positively discriminate in supporting the children and youth of today.

Talbot (2001) cited in Bailey (2006, p.397) claims that ‘physical education helps children to develop respect for the body – their own and others, contributes toward the integrated development of mind and body, develops an understanding of the role of aerobic and anaerobic physical activity in health, positively enhances self-confidence and self-esteem, and enhances social and cognitive development and academic achievement.’

The mental health charity ‘Mind’ (2016) has reiterated the importance of being active from an early age and maintaining this throughout life. Some of the key mental health benefits from regular exercise and sport include:

Obesity amongst primary school aged children is now at an all-time high of 1 child in 3. This means that there needs to be more of an emphasis on exercise and sport activities in schools (Jenkin, 2015).

Oasis Academy Blakenhale Infants’ School introduced a fitness programme called ‘Fit4Schools’, to increase the pupils’ physical health and mental alertness (Hood-Truman, 2015). A teacher at the school explained that ‘our key stage 1 results changed dramatically this year. That is not only down to good teaching but also because we’ve created a really positive learning environment that incorporates physical activity.’

Stephen Roberts, the Managing Director of Fit4Schools, recommends the form of exercise being a 20 second warm-up, then a 20-40 second intense activity followed by a cooldown period, so this could mean jumping on the spot or coordination and balance work (Jenkin, 2015).

There are also behaviour benefits that can stem from being physically active, as Keith Barton from the Youth Trust explains: ‘The thing that leads to poor behaviour is kids not feeling any ownership of what they are doing and not feeling a part of anything. Sport can really help people to feel like part of a team’ (Jenkin, 2015).

Regarding participation in sport and exercise, a recent survey (Sport England, 2018) demonstrates a bottom-up PES position of 130,000 active 5-16-year olds between September 2017 and July 2018. A survey described as ‘phase 1’ by Sport England (2018) ‘specifically focuses on behaviours.’ The survey data highlights that 17.5% of the sample size were active for over 60 minutes every day, thus meeting the Chief Medical Officer’s guidelines on PES participation. Promisingly, 25.7% and 23.9% were involved in PES for an average of over 60 minutes (but not every day) and 30-59 minutes daily respectively.

Sport England (2018) proffers that ‘… attitudes towards sport and physical activity are often shaped by experiences in childhood attitudes towards sport.’ With this and the current statistics in mind, should society today direct the dispersal of ‘limited funding’ towards radically reshaping a culture of acceptance in the participation in PES? Specifically, should the funding for schools be ‘ring-fenced’ for PES, as opposed to that for academia? There are various influences on participation, whereby schools – moreover, a collective of highly trained experts – can be the ‘hub,’ ensuring inclusion of all levels of ability and interest.

To that end, a cross-functional team of experts (sports scientists, nutritionists, physios, coaches etc.) can be employed/deployed at countrywide ‘hubs’ to assess the ability of the children in a catchment area and guide them into participation based on their personal needs. The funding should come from Government and private sources (where appropriate) as a projected offset to the billions spent in the NHS on conditions related to non-participation in PES from an early age.

The position of sport in schools is often influenced by the perception of its importance. Sir Michael Wilshaw, an OFSTED Chief Inspector, describes how head teachers commonly view PE as an ‘optional extra’ (Paton, 2014). Attendance at the ‘hub’ should be part of the national curriculum, thus proactively focusing on sport.

This positivity towards sporting activity in schools, especially primary schools, is not only critical to positive mental health and wellbeing but also to the success of a country’s elite programme. The long-term athlete development model (Istvan el al, 2013) is used by numerous different sports organisations as a fundamental building block for sports development. A critical stage of the model is the FUNdamental stage. This is especially true in late specialisation sports such as athletics, combative sports, rowing and team sports (Balyi, N.D). This stage is often developed between the ages of 6 and 10 years, with schools providing an essential role. If a school has a negative view of sporting activity, this may pass on to the young people.

If sport is to become the foundation of culture and society and reap the benefits of better physical and mental health, and the benefit of providing the next generation of elite athletes, we must empower the next generation by using schools’ systems to provide a positive outlook on sports to young people. This will also provide infrastructure for country wide ‘hubs’ to provide a stepping stone between schools and ‘centres of excellence.

Mind (2016), Mind How to improve your wellbeing through physical activity and sport [Online]. Available at https://www.mind.org.uk/media/2976123/how-to-improve-your-wellbeing-through-physical-activity-and-sport.pdf (Accessed 29th January 2019).