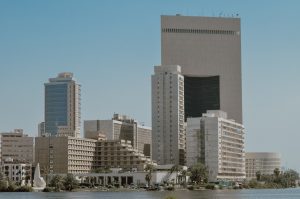 Vision 2030: Saudi Arabia’s ambitious, pervasive overhaul of its economy and society put into motion since 2016. It paints a picture of a nation keen to refurbish its global image and integrate itself with the western world – no small feat considering its historical rejection of western culture, and strict implementation of Islamic laws and values. Aggressive investment into sport has particularly attracted mass media interest as the nation strikes deals for world-class events, such as the boxing rematch of Anthony Joshua and Andy Ruiz Jr held in December 2019, the European Tour for golf, as well as F1 gearing up for Saudi participation in the coming years. The speed at which entirely new venues are being constructed for these events, also reflects the extent of this ambition. Construction of the Diriyah arena for Joshua v Ruiz began a mere two months before the fight. 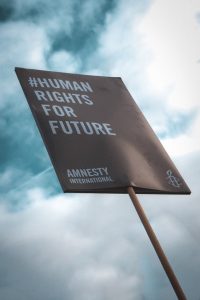 However, the kingdom’s political track record has roused many sceptics and caused a controversial backlash. Sporting organisations and athletes are facing waves of scrutiny, often being accused of supporting the ambitions of a nation that has an extensive list of human rights abuses under its belt. Human rights group Amnesty International (2019) describes such acts including – but not limited to – repressing government critics, and human rights campaigners with prison sentences; extensive use of the death penalty and state-imposed torture for conduct that isn’t recognised as crime under international law; and continued discrimination against women, LGBTI groups, and the Shi’a Muslim minority. Not to forget the widely reported murder of Arabian journalist Jamal Kashoggi in Istanbul back in 2018, for which the Saudi government were held responsible (Aljazerra News, 2019). Amnesty’s critique resulted in them coining the term ‘sportswashing’ to describe the perceived attempt to use high-profile sport to furnish over these offences. Despite that, purely focusing on historical events would limit the chance of successful future sporting events, and any positive cultural change, however uncomfortable the decision may be. 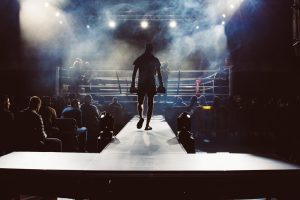 Prior to his fight, Anthony Joshua was interviewed on the decision to fight in Saudi Arabia, where he simply stated: “My only focus is just the boxing”, but incited scrutiny by commenting that “the country is trying to do a good job politically”(BBC 2019). It would seem he desires to stay politically neutral and is happy to fight and promote his sport wherever it may take him. However, when asked about the possibility of ‘sportswashing’, he replied: “…I would be bothered” (BBC, 2019). He also admits that the decision to fight in Saudi Arabia was a collective one taken by his organizers, as well as his promotor, Eddie Hearn, admitting that the choice to fight there was primarily motivated by the sizable financial offer, leading many to believe that he is being manipulated by money.

Conversely, golfing superstars Rory McIlroy and Tiger Woods opted out of participating in the Saudi-hosted European Tour, but state that their decision was not politically influenced. Despite this, McIlroy commented that: “…there’s a morality to it as well” (The Guardian, 2019) but makes the interesting point that there are other countries with political stains where these events are held. Woods notably defended golf’s participation in Saudi Arabia by saying: “I understand the politics behind it but also golf can help heal a lot of that too” (Gray, 2019). Interestingly, Woods turned down a $3m appearance fee offer (Gray, 2019), and McIlroy refused to deny that a similar offer of $2.5m was made to him (The Guardian, 2019), causing many to raise sceptical eyebrows at the copious financial offers in place to persuade key players to simply participate.

In football, the Spanish Super Cup has gone as far as significantly changing its format for the foreseeable future as it holds its next innings in Saudi Arabia. Moving from a 2-team to a 4-team line-up and holding the event in January instead of the pre-season Summer, caused a stir. Yet again, the main motivation for such a shift is believed to be the amount of money flowing. As stated by the BBC (2020) the Spanish media reported a yearly worth of 40m euros. Despite Barcelona benefitting from a 6m-euro cash-in, the team’s coach, Ernesto Valverde, expressed discontent as he preferred the old format from a sporting point of view, and affirms that the 6m offer was the deciding factor for the change (BBC, 2020). However, this deal came with the condition that women were allowed to attend the event – an intriguing outcome from a country that has typically segregated women. Similarly, the Italian Suppercoppa showed positive developments, by allowing women to enter the stadium, albeit form the family enclosures only (Burnton, 2019). But this move signalled the start of culture change, which would allow women the same rights as men, even if it is for a 90-minute game of football.

Formula 1 also has its sights set with a $50m per year Grand Prix deal on the table which could kick off as early as 2021, with a purpose-built circuit being constructed for 2022 (Benson, 2020). Mcevoy (2020) identifies The Grand Prix event is no stranger to countries with unfavourable human rights records as it has previously been hosted by the likes of Abu Dhabi, Russia, and China, but it attempts to deflect criticism by insisting that it is politically neutral. Part of the “vision 2030” plan includes Saudi Arabia holding the desert round of the new Extreme E championships -electric off-road SUV (Auto sport 2019). Criticism to holding it here is defended by its founder, Alejandro Agag, who supports the positive changes occurring in Saudi Arabia, and how it can help strengthen the sporting pillar of vison 2030.

With a variety of perspectives to consider, we may justifiably ponder if the Saudi government is heart-felt in redeeming itself from past mistakes, or if they are leveraging their great wealth to simply ‘gloss over’ its most fundamental flaws. Regarding the athletes themselves, do we judge them as aiding a possibly dishonest regime change, or do we praise them for attempting to bring positivity, and culture to a troubled country?