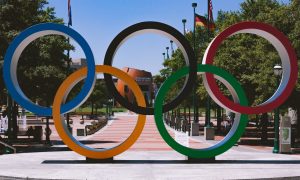 The participation of transgender athletes in Olympic competition raises issues not just about sport regulations but of society’s overall attitudes to gender. The whole subject of transgender people can still be divisive and misunderstood in our society. Many people have limited or no contact with transgender people, this can cloud their judgement leading to fear and rumours. From anger over which bathroom people can use, to which clothing a child gets to wear, it is a contentious subject. Transgender participation in sport is a complex issue and may well become more so in the future with the rise of gender neutrality. Sport has long had issues of discrimination and many sports’ governing bodies are working hard to provide fairness and reduce discrimination. Sport in general and the International Olympic Committee in particular, needs to find a way to make participation fair for everyone; transgender athletes as well as cisgender athletes.

One of the main points involved in this discussion is providing equality and equal opportunity for everyone. By excluding transgender athletes from participating in high level events such as the Olympics, we are not promoting equal opportunity. When looking at transgender participation not only high-level athletes need to be considered. Young people often look to athletes as role models. One role model is Laurel Hubbard, a transgender weightlifter, who transitioned from male to female.  After her transition, she went on to successfully compete in the commonwealth games, achieving a record breaking performance in the women’s weightlifting category (Brown, 2018). Kristi Miller, a transgender athlete and activist stated, “Hopefully Laurel’s given some hope to some young trans kid sitting around the world” (Davidson, 2018). Having visible transgender role models for young transgender people is very important – it gives the young people someone to look up to and as a consequence, helps to promote participation in sport for everyone.

However, Laurel’s wins and participation have created some controversy amongst other female competitors and their coaches. Jerry Wallwork, Head Coach for the Samoa weightlifting team said, “A man is a man and a woman is a woman and I know a lot of changes have gone through, but in the past Laurel Hubbard used to be a male champion weightlifter” (Davidson, 2018). Wallwork’s comments illustrate the issue of how gender is viewed in society and how often transgender people are not accepted. If more transgender athletes were allowed to compete – this would result in society being exposed to more transgender people in the media.  This exposure would allow them to become more accepted and allow young transgender people to be inspired and participate in sport.

Conversely, there is the issue of fairness for female athletes – how being transgender may give athletes an advantage over other female competitors particularly in the case of Laurel Hubbard who used to compete as a male weightlifter.  “The athletic advantage that Hubbard herself gleaned suggests as much. As a man, the Kiwi scarcely registered in the sport at international level. Today, as a woman, she is a world-beater,” (Brown, 2018). 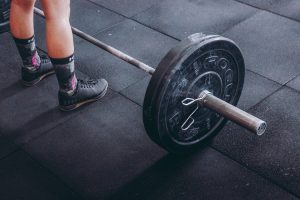 When examining the difference between male and female bodies the issue of testosterone is often discussed. In order for a transgender athlete to compete as a female the IOC guideline from 2015 states “the total testosterone level in serum must be kept below ten nanomoles per litre for at least 12 months” (Ingle, 2019) however this is controversial as “women’s testosterone levels tend to range between 0.12 and 1.79 nmol/l, while men’s are typically between 7.7 to 29.4 nmol/l.” (Ingle, 2019). This means that transgender athletes, even those following the IOC Guidelines, could have testosterone levels up to 5 times higher than most female athletes. Higher levels of testosterone increase muscle mass and reduce fatigue both of which are important when competing at a high level of sport (Pietrangelo, 2016).

Many high profile athletes feel passionately about the potential damage to female sport when transgender athletes compete. Sharon Davies, the internationally renowned and celebrated swimmer, said ““I believe there is a fundamental difference between the binary sex you are born with and the gender you may identify as. To protect women’s sport, those with a male sex advantage should not be able to compete in women’s sport.” (Ingle, 2020). These higher levels of testosterone and other physiological advantages mean that cisgender women could have a disadvantage when competing against transgender women.

To conclude, on the one hand society now recognises peoples’ right to change gender however it is very difficult to create a level playing field in some areas and competitive sport is very much one of these. The question of how transgender people compete in Olympic events raises issues of equality of opportunity and fairness of competition. The sports’ governing bodies are attempting to address the issues of physical fairness through regulation but this is not a straight forward process. Scientific development may be ahead of society’s ability to regulate for its consequences in this area. Given the diversity of genders and people in our society this may be an area for adapting and compromising in 2020 and beyond.