With the Women’s Football World Cup now into the knockout stages football fans will be preparing themselves for the prospect of a penalty shoot-out or two. Penalty shoot-outs are rarely missing from a major tournament and in fact the last Women’s World Cup was won by Japan on penalties. 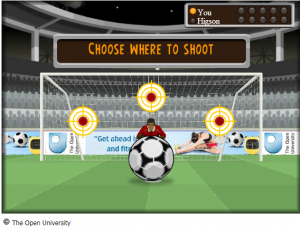