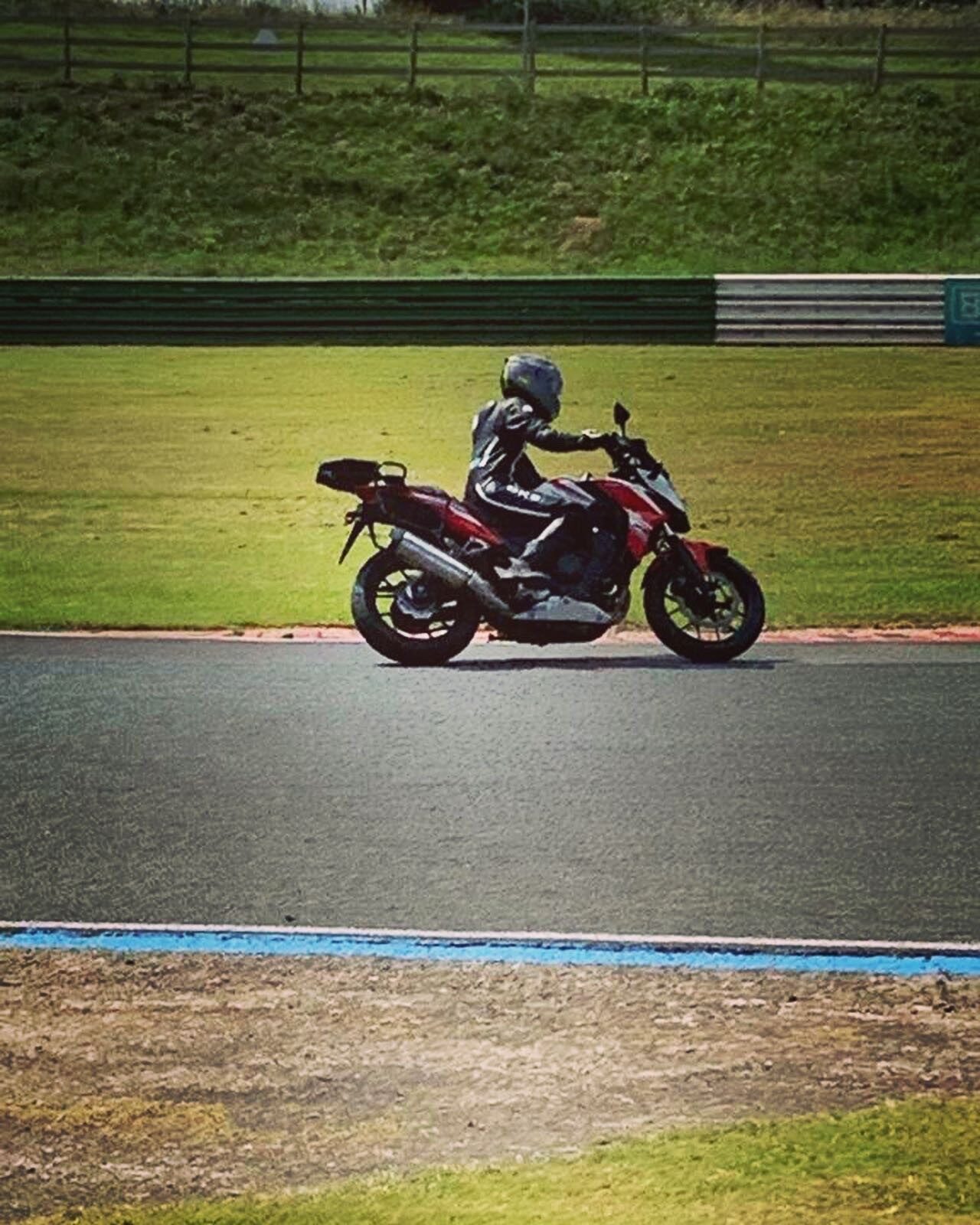 As the British Superbike season comes to an end this month, it’s an opportunity to understand why individuals engage in such ‘risky’ activities. Traditionally, extreme sports are associated with thrill seekers with a ‘death wish’ or adrenaline junkies searching for their next thrill (Brymer and Schweitzer, 2013). Brymer and Schweitzer (2013), however, argue that these individuals can be highly trained individuals with a deep knowledge of themselves, the activity, and the environment, who seek an experience that is life-enhancing and life-changing.  Extreme sport participants face intense fears, accept that control of the future is not always possible and move through these fears to participate fully in the action and make choices to reduce risk and enhance personal control (Brymer and Schweitzer, 2013; Crust et al., 2019). Csikzentmihalyi (1997) noted that “People who learn to control inner experience will be able to determine the quality of their lives, which is as close as any of us can come to being happy.”

The burble of my exhaust unwound like a long cord behind me. Soon my speed snapped it, and I heard only the cry of the wind… The cry rose with my speed to a shriek: while the air’s coldness streamed like two jets of iced water into my dissolving eyes. I screwed them to slits, and focused my sight ahead of me on the empty mosaic of the tar’s gravelled undulations.

Like arrows the tiny flies pricked my cheeks: and sometimes a heavier body, some housefly or beetle, would crash into face or lips like a spent bullet. A glance at the speedometer: 78. Boanerges[1] is warming up. I pull the throttle right open, on the top of the slope, and we swoop, flying across the dip, and up-down the switchback beyond: the weighty machine launching itself like a projectile with a whirr of wheels into the air at the take-off of each rise, to land lurchingly with such a snatch of the driving chain as jerks my spine like a rictus (Laurence of Arabia, The Mint, Part III, Chpt 16, 1955).

Lawrence of Arabia wrote stories about the thrill of riding motorcycles which captures the sense of freedom, excitement and adventure that many experience. There may be risks attached to pursue those experiences, but new adventures and unique experiences can cultivate joy, fulfilment, enhance confidence and resilience, and provide an opportunity to grow and expand one’s sense of self. Indeed, motorcyclists are often “driven to conquer new challenges and soak up every experience life has to offer” (Carter, 2019; Psychology Today, 2021, para 2). Pirsig (1991) articulates this in the following paragraph:

In a car, you’re always in a compartment, and because you’re used to it you don’t realise that through that car window everything you see is just more TV. You’re a passive observer and it is moving by you boringly in a frame. On a cycle the frame is gone. You’re completely in contact with it all. You’re in the scene, not just watching it anymore, and the sense of presence is overwhelming.

The thrill, ‘adrenaline rush’ and intense sensory experience motorcyclists may experience from riding (Sato, 1988) can be understood through the concept of ‘flow’. Csíkszentmihályi (1997) has studied the phenomenon of flow extensively and describes it as an optimal psychological state, which enables athletes to optimise their potential and to perform at their personal best. “The best moments in our lives are not the passive, receptive, relaxing times… The best moments usually occur if a person’s body or mind is stretched to its limits in a voluntary effort to accomplish something difficult and worthwhile” (Csikszentmihalyi, 1997). Jackson and Csíkszentmihályi (1999) designated nine antecedents of flow, which are termed: challenge-skills balance, action-awareness merging, clear goals, unambiguous feedback, concentration on the task at hand, sense of control, loss of self-consciousness, time transformation and autotelic experience. An ‘autotelic’ person is described as doing things for their own sake, low sense of self-centredness, strong sense of persistence, low need for power, and needing few material possessions.  Such a person tends to experience flow more frequently and there is a positive association between flow and conscientiousness (Ullén et al., 2012). These experiences can be derived in the course of participating in an activity, such as high-risk sports, like motorcycling.

Csikszentmihalyi suggests that for someone to fully enjoy high-risk pursuits, the level of danger must be proportionate to the participants’ level of ability. In order to induce flow, it is about balancing the level of skill with the challenge we are faced with (Nakamura et al., 2009). The capacity to experience flow, however, can differ from person to person and some argue there is a difference between flow state and ‘clutch’ state. Clutch state is similar to being “in the zone” but described as being able to make it happen when you need to switch on during important moments in a performance. Clutch performances occur under particular pressure conditions and where there’s an important outcome. Clutch performances are comprised of focus, heightened awareness, and intense effort whereas flow states are viewed as effortless attention and automatic experiences (Swann and Goddard, 2020). Flow states are more aligned with “letting it happen” whereby confidence develops naturally whereas clutch states are associated with “making it happen” where there is a sudden increase in concentration and effort (Swann et al., 2015). In order to activate flow states or clutch states, there has been an association with certain goal types. For example, open goals such as “do your best” goals are more associated with inducing flow states, whereas specific goals with a fixed outcome such as “winning a race” and setting a task specific goal to “ride at 100mph round the next corner to overtake the next rider” in order to achieve that outcome is associated with ‘clutch’ performances. It is likely that, in reality, there is a shifting or slippage in and out of the states and a blurring between and within the states.

Nonetheless, there are similarities within the two states and Cole (2017) suggests an 80% rule of attention and engagement and cautions against 100% capacity which could result in disaster. As demonstrated on a track day in Owton (in press), attentional shifts when riding a motorcycle means that working at 100% can make one feel overwhelmed, whereas once distractions are reduced, skills improve, and enjoyment is enhanced from moments of being ‘in the zone’. In this way, flow isn’t just an enjoyable state of being, it is about learning to direct your attention, gain independence from exterior rewards, and ultimately, living a happy and fulfilled life. Notably, however, a mistake in motorcycling at speed and pushing one’s abilities too far has fatal consequences (Murphy, 2016). Motorcycling, like other high-risk sports, requires a sharpening of senses, meticulous preparation, high work rates, swift recovery following setbacks and thriving in challenging situations (Crust et al., 2019).  As Cole (2017) notes, therefore, it is important to set ourselves appropriate challenges and be attuned to one’s senses by anticipating, listening to engine sounds, being cool under pressure, being attuned to a constantly moving environment at speed, and positioning the body-motorcycle effectively round the corner such as riding a ‘racing line’ (Owton, in press).

As I feel myself flow through the air, my hand on the throttle squeezing it towards me, picking up speed, feeling the air press against me harder as I gain speed. My lid protects me from the air pressing too hard on my face and the wind making eyes water. I listen to the sound of the engine growling, working hard, getting louder as the right time comes to change gear, then I quickly close the throttle swiftly enough not to feel the motorcycle slow down as I flick my toe up and click into the next gear. Listening acutely to the sound and feel indicates I can squeeze the throttle and gain speed again. This is known as quick shifting manually (not using the clutch). The connection between my hands, my feet, and the motorcycle, works best when I’m not thinking, when I’m just feeling the way and am at one with my motorcycle. Once I’ve reached top gear, there’s a smoothness with the ride; I feel like I’m flying. I’m completely alert but I’m in a trance of speed with endorphins raging through my body (Owton, in press).

While there can be high risks involved in motorcycling, participation in such activities can facilitate more positive psychological experiences and allow people to experience freedom and re-connect with nature (Brymer and Schweitzer, 2013).

Pirsig, R. M. (1999). Zen and the art of motorcycle maintenance: An inquiry into values. Random House.